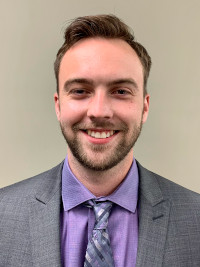 Nick began his career at Portland Bolt in April of 2021. He was born in Portland, Oregon and briefly lived in San Diego, California before moving back to Oregon in 2008. Since returning to the Pacific Northwest, Nick has remained in Oregon and graduated from Linfield College in May of 2020. During his time at Linfield, Nick played goalkeeper for the men’s soccer team and studied abroad in London, England his senior year. In his free time, you can find Nick exploring Oregon’s hiking trails, watching or playing any sport he can, frolicking in the sand on the coast, or trying to pair wines with new recipes he finds.