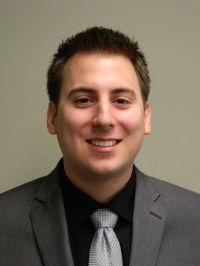 Michael Gordian joined Portland Bolt in August of 2012. He grew up in the greater Portland area where he later studied Marketing and Advertising Management at Portland State University. Michael comes to Portland Bolt with experience in the advertising industry where he practiced account management. In his spare time he enjoys to BBQ on his Traeger Grill, work on projects around his house, spend time with his wife and dog, and escape in the Pacific Northwest wilderness.

Learn about headed anchor bolts on his educational microsite www.headedanchorbolts.com

That was a Quick and easy chat, Michael was ready to answer my questions and assist me.

He was knowledgeable and tried to help with a hard question.

I received an efficient and fast answer. Exactly what I needed.

Received instant response to my inquiry with included links for future reference! Thanks Mike Gordian you were a great help!