In an industry that requires delivery to the job site quickly, a common misconception is that bolts can’t be shipped outside of their geographical region competitively. In 2013, Portland Bolt took another giant step in dispelling that notion by shipping to 45 different countries, 8 of 10 Canadian provinces, and all 50 states! As a matter of fact, our two largest projects of 2013 were constructed in Peru and Eastern Canada. Our interactive Shipment Destination Map breaks it down!

It may surprise you that in 2013, Portland Bolt shipped more than 3 orders per day to the East Coast. Think it’s too expensive to ship bolts across the country? Think it takes too long to ship coast-to-coast? Let us prove otherwise! Our extremely short lead times for nonstandard bolts provide us with the opportunity to routinely participate in construction projects all the way across the country. The freight cost is offset by the fact that you are dealing directly with the manufacturer, thereby avoiding any middleman markups. We’re even open at 6:00 am Pacific Time to service our East Coast customers. The map below shows our 2013 North America shipments broken down by time zone, including 856 orders shipped to the East Coast! 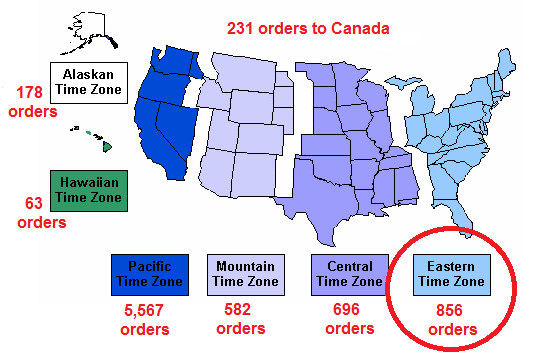 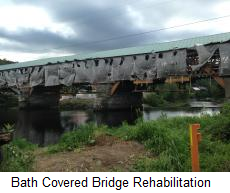 2013 was highlighted by our participation in several Hurricane Sandy rebuilding projects including the Seaside Heights Boardwalk Replacement and the Liberty Island Dock Replacement. International projects included a gold mine in Peru, a resort in Jamaica, and a power plant in Guatemala. In 2013, we added 7 more covered bridges to our resume, including the Bath Covered Bridge Rehabilitation in New Hampshire. Additional projects included over a dozen light rail jobs, various industrial projects, numerous power plants and substations, and dozens of bridges and marine projects. Read about all of our featured projects.

2013 saw us add over 30 FAQs to our ever-growing database of technically-relevant issues concerning construction fasteners. Our comprehensive FAQ database now totals 147. We intend to add a minimum of 30 more FAQs in 2014. We believe our website is the best source for construction fastener-related technical information anywhere on the internet… and it’s only getting better! Our technical expertise ensures you get the correct bolts, on time, the first time. Have a question? Submit it here!

In 2013, we added three new specialty microsites that provide in-depth, technical information about a specific product:

Extending Threads on a Bolt

Gary Rusynyk walks us through the technical aspects of adding more thread to an existing bolt, and it’s not as straightforward as it may seem. Learn why you can’t simply take a stock size hex bolt and run more thread onto it without potentially assuming a tremendous amount of liability. 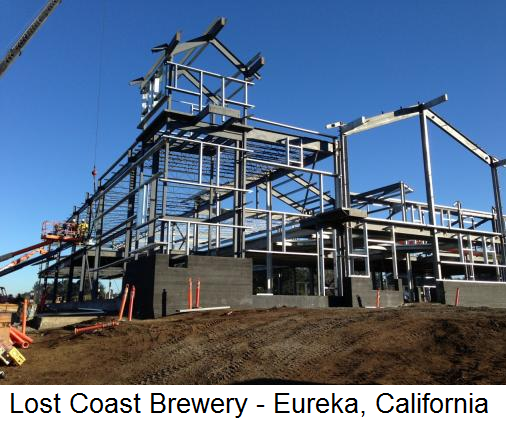 Portland, Oregon is a city characterized by its beautiful landscapes as well as its quirkiness. If you are fan of the television show, Portlandia, you will know that Portland is a place where young people go to retire!

One thing you may not know is that Portland is the Microbrew Capital of the World. Portland boasts more breweries than any other city in the world, totaling 52 inside the city limits and 72 within the Portland metro area. Although we have provided bolts for the construction of local breweries including Portland Brewing Company’s Taproom, we have also provided bolts for several breweries outside of the Pacific Northwest.