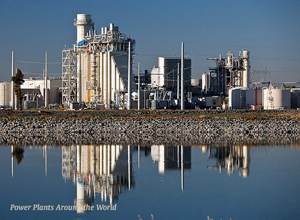 In the Summer of 2010, the California Energy Commission and Northern California Power Agency got together to begin construction of what was referred to as a “massive” power plant project known as the Lodi Energy Power Plant. The Northern California Power Agency (NCPA) will construct, own and operate the plant. The Lodi Energy Center will be a natural gas-fired, combined-cycle nominal 280 megawatt power generation facility. The site for the Lodi Energy Center project is 4.4 acres of land in the city of Lodi, California which is 6 miles west of the Lodi city center near Interstate 5 and approximately 2 miles north of Stockton, California.

The estimated completion date of this project was June of 2012 at an estimated cost of $452 million. The Energy Center is designed to use “Flex Plant 30” rapid start up technology and is expected to be one of the cleanest and most efficient power plants in the country. One major characteristic of the Energy Center is the technology used which allows for the plant to shut down or start up in under an hour. For a project of this magnitude, scheduling of construction materials being delivered to the jobsite on time was a critical element. The general contractor and the detail engineer in charge of building the Plant were both very familiar with the service that Portland Bolt provides as well as the fact that Portland Bolt has been involved with numerous power plant projects in the past.

Starting in August of 2010 and continuing through April of 2011, Portland Bolt manufactured and shipped over 40,000 pounds of custom anchor bolts to the Lodi Power Plant jobsite. The anchor bolts provided ranged from ¾” to 2-1/2” diameter and were as long as 93-1/2” or 7’-9½”. The anchor bolt grades of material required included ASTM F1554 Grade 36, Grade 55, and Grade 105, as well as A354 Grade BC. On top of being hot-dip galvanized per ASTM F2329, most of the anchor bolts had a square plate and a nut welded to the embedded of the rod. In addition to that, a good number of the anchor bolts had a schedule 40 steel pipe sleeve cut to length and filet welded to the square plate. Although the anchor bolt requirement was anything but standard or straight forward, the contractor knew that this was the type of product that Portland Bolt specialized in. With the knowledge and experience required, Portland Bolt was able to get the job done in a timely fashion and get the required anchor bolts to the job site as needed.