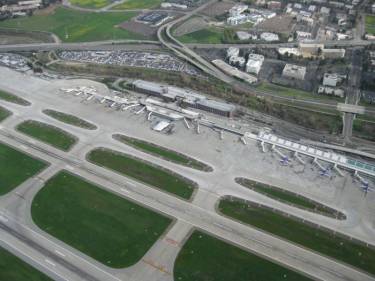 The San Jose International Airport, also known as the Norman Y Mineta San Jose International Airport, is a city-owned public airport in San Jose, California.  The airport is located approximately 3 miles from downtown San Jose.  Although San Jose is the largest city in the bay area when compared to San Francisco and Oakland, the airport itself is the smallest of the three in terms of total passengers.  The primary air service area includes the Silicon Valley, neighboring counties of Monterey, Santa Cruz, and San Benito, as well as portions of adjacent Alameda and San Mateo counties.   The Airport is currently classified by the Federal Aviation Administration as a medium sized hub domestic airport with some international service.

A Proposed Capital Improvement Program that began in 2015 will extend through 2021.  Among the many improvements planned was a perimeter fence line upgrade that began in the third quarter of 2015.  This upgrade consisted of an installation of a three foot concrete K-Rail style barriers with a seven foot tall, non-climbable chain link fence and one foot of barb wire on top of the fence.  The purpose of this improvement was to enhance the security by keeping unauthorized personnel from entering the premises.  The new fencing spans the entire perimeter of the Airport.

The fence upgrade installation required approximately 1,500 headed fasteners.  Because the project was for an Airport, the federally-funded job required fasteners that were 100% melted and manufactured in the USA.  In addition, the bolts needed to be hot-dip galvanized.  Portland bolt is a domestic manufacturer and we do our own in-house hot dip galvanizing.  We also have the ability to hot forge headed bolts, so the bolts required were in line with our capabilities.  The fasteners were required in a faster than typical timeframe, however since Portland bolt has full control of all of the above manufacturing processes, we were able to ship out the 1,000 lbs. worth of domestic A307A headed bolts on time as required.