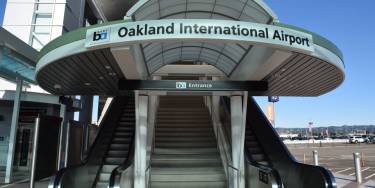 In the mid-2000s, Terminal 1 at the Oakland International Airport was the oldest operating terminal. At that time, it was known to need major infrastructure investment. With a large expansion project of Terminal 2 coming to an end in 2007, it was time to focus on Terminal 1. Because Terminal 1 was comprised of three concrete structures dating back to the 1960s, it needed significant structural upgrades to meet current seismic standards. This however got delayed due to 2008 being a bad year for air travel, which was a result of a decline in passenger numbers.  The economic decline prompted the Port to narrow its list of terminal improvements to those of the highest priority.

Fast forward almost a decade and discussions picked back up regarding the structural condition of Terminal 1. Due to passenger traffic steadily rising at the Oakland International Airport, a seismic retrofit was finally scheduled.  In mid-December of 2018, the airport modernization program was put in place, which included a much-needed seismic retrofit improvement of the terminal itself as well as an update to the TSA security screenings lobby. There was also an eight-story tower with an air traffic control tower cab at the top that needed to be dismantled and rebuilt. Officials project that the entire program will extend the life of Terminal 1 by 30 years. In addition to the sustainability efforts and seismic enhancements, aesthetic upgrades have allowed Terminal 1 to catch up with the rest of the airport.