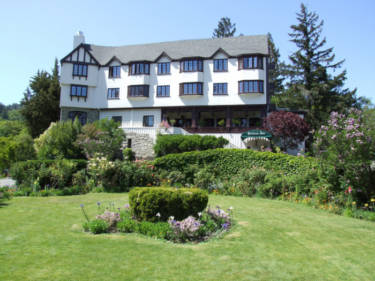 The Benbow Historic inn is a resort located on a 1,290 acre valley in the redwoods of Garberville, CA. Although the Inn was built by the Benbow family and opened in 1926, it was designed by the famous architect Albert Farr. The Benbow family, made up of nine brothers and sisters were responsible for building not only the Inn, but also the Benbow Dam and Power Company. The hotel quickly became a popular destination point for people traveling on the Redwood Highway, including a number of celebrities, such as Eleanor Roosevelt, Herbert Hoover, Spencer Tracy and Clark Gable. The hotel has since changed ownership a few different times, earning a four diamond rating by AAA and placed on the National Register of Historic Places in 1983.

In 2016, the Benbow Historic Inn announced the next phase of its $10,000,000 expansion project, adding a 5-stop elevator, a wine cellar themed banquet room, a new banquet kitchen, new restrooms and a new hallway connecting the lower lobby to the Upper Terrace building. There will also be new ADA (Americans with Disabilities Act) compliant restrooms, deluxe sleeping rooms as well as one ADA compliant guest suite. The lobby level will get a new cocktail lounge, which will be located next to the dining room and a kitchen, also to be renovated. This plan is following earlier renovations, which took place in 2013 and 2015. In 2013, the Benbow Inn renovated all guest rooms and common areas. Then, in 2015 the Benbow Historic Inn completed a $1.5 million dollar improvement, consisting of the upgrade to energy-efficient windows, a new terrace surface, as well as waterproofing of the terrace rooms.

In September of 2016, Portland Bolt was contacted and hired as a supplier of the anchor rods needed for the most recent expansion. The anchor bolts required consisted of four different sizes of F1554 Grade 55 as well as F1554 Grade 105 rods with threads on each end. The diameters ranged from ¾” to 1-1/4” and the lengths varied from 18” to 30”. Since Portland Bolt inventories approximately 700,000 pounds of steel and has access to another 400,000 pounds at a local storage facility, this requirement was right in our wheel house. Within a week, the anchor rod requirement was completed and on its way to the jobsite.