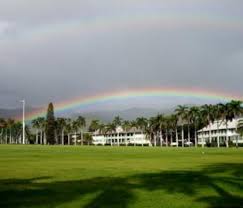 In the spring of 2018, the third phase of the Command and Control Facility (C2F) construction began. The project included the construction of administrative and special use spaces divided into specified security zones. The estimated cost of the construction was approximately $250 – $300 million. In April of 2018, Portland Bolt provided the anchor bolts required for this project. The anchor bolt configuration consisted of rods with threads on each end with associated hardware including square anchor plates. The anchor bolt grade required was ASTM F1554 Grade 36 and all of the hardware was hot-dip galvanized due to the corrosive environment. The project was federally funded, so all of the hardware supplied was 100% melted and manufactured in the U.S.A.