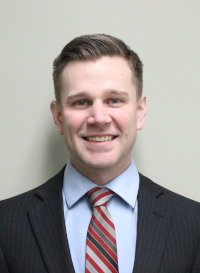 Donnie began his career at Portland Bolt in March of 2020. He was born and raised in The Dalles, Oregon. Donnie stayed in the great state of Oregon and attended Southern Oregon University, majoring in business management and minoring in Psychology. Donnie competed in Cross Country and Track for five years while attending Southern Oregon University. Since returning back to northern Oregon, Donnie spends his free time running the array of beautiful trails and attending sporting events found in the city of Portland.