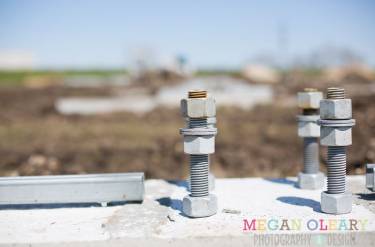 Beginning in January of 2016, Portland Bolt shipped the first of four orders of 1-1/8” diameter F1554 Grade 55 threaded anchor rods that would be cast into pre-cast concrete forms. The concrete blocks created from this pre-casting process would be used as the foundations for well over a thousand solar arrays for a 2.25-megawatt solar generation facility constructed upon a former landfill. Alliant Energy would construct and operate the facility with the permission and help of the Wisconsin Department of Natural Resources to repurpose the landfill. These solar arrays will comprise the largest utility-scale solar installation in Wisconsin and will be located near Alliant Energy’s Rock River Generation Station already located in Beloit, WI.

Portland Bolt’s comprehensive manufacturing capabilities, including our own in-house hot-dip galvanizing line, allowed Portland Bolt to rapidly respond to the production schedule sought by our customer. The four shipments totaled 42,500 pounds of anchor rods, nuts, and washers all supplied on time and in the most economical method possible.