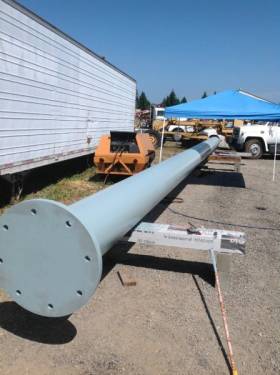 In April of 2104, city engineers determined that the totem pole structure that stands in Fireman’s Park was a “falling hazard” due to rot and insect infestation.  The Tacoma Arts Commission recommended that the totem pole be protected and restored.  In the summer of 2014, work began to stabilize the 110 year old totem pole which stands over 80 feet tall.