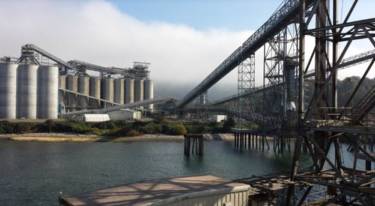 The expansion project started in 2013 and Portland Bolt was awarded the job to produce all of the anchor rods. Portland Bolt made seven separate shipments starting in mid-2013 and ending in early 2014. All of the anchor rods and square plate washers were manufactured and hot-dip galvanized in our 94,000 square foot facility. In addition, all of the rods supplied had a nut assembled with a square plate washer tack-welded to the nut. The specifications for the order were to manufacture the rods to ASTM F1554 Grade 36 and F1554 Grade 105  and all square plates were A36.

If you have a project that requires galvanized bolts with custom welded plate washers, give us a call and one of our experienced estimators can help!