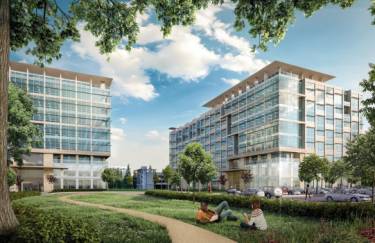 It’s no secret that construction in Silicon Valley is flourishing. Sunnyvale, CA was the location for the Moffett Towers II project, which is scheduled to be complete in the summer of 2019 . Located at the former Lockheed Martin facility, the Moffett Towers II construction involved replacing over 900,000 square feet of office space with five new eight-story structures.

When you have a project requiring large anchor bolts, and you’re looking for a manufacturer who can offer a competitive price, on-time delivery, all necessary certification documents, and impeccable service, give one of Portland Bolt’s experienced sales representatives a call.