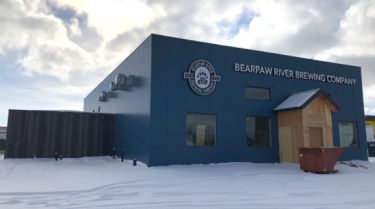 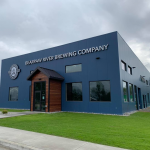 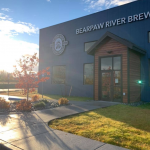 Bearpaw River Brewing Company opened their first small taproom in December of 2015 and only a handful of years later needed to greatly expand brewing capacity. By the middle of 2021, the new facility was constructed and opened for business in downtown Wasilla, Alaska. The new structure has a footprint of 8,000 square feet which dwarfs the older 3,000 square foot structure. More importantly, the new brewing capacity and canning system greatly increased the ability to produce beer and can beer at rates of three to six times greater. With an aggressive plan to supply beer to the entire state of Alaska and beyond, the brewery pays homage to its local roots with wood-fired pizzas with locally sourced toppings.

Portland Bolt supplied the large ASTM F1554 Grade 36 threaded anchor rods for the steel structure of the building.  The anchor rods supplied varied in length and with custom thread lengths threaded by Portland Bolt. Portland Bolt was also entrusted to supply the setting templates that would be used to layout and install the anchor bolts in the correct pattern in the concrete foundation along with custom square plate washers used along with the anchor bolts.