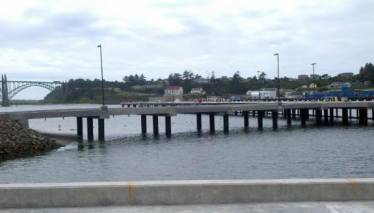 In 2010, the National Oceanic and Atmospheric Administration awarded the city of Newport the location of their new home port for their research fleet after much deliberation between several sites on the West Coast to replace the Seattle facility that was damaged after a fire in 2006. The new site called out for a 42,852 square-foot facility and 1300 foot long pier to be constructed.  Due to federal funding for the job, the bolts had to be 100% domestic. And these were no ordinary bolts either. Portland Bolt provided over 4,200 pounds of 7/8” diameter galvanized bridge tie rods ranging from 35 feet  to just under 54 feet in length to complete the pier. The center is now home to 4 research and survey vessels, 60 shore side personnel, and approximately 110 crew members.