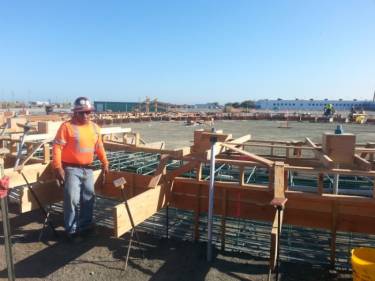 The NASA Ames Research Center is part of the Moffett Federal Airfield, which is a joint civil-military airport. In 2008 NASA leased a portion of the land to Google and in 2013 Google began constructing a 1.1 million square foot facility. Part of the expansion includes a cooling tower that will regulate the temperature of the world’s largest super-computer which NASA uses to operate the Mars Rovers and other projects.

Portland Bolt was contacted by the contractor on the job in the summer of 2015 to provide the 2” diameter anchor rods that would fasten two 70’ diameter water tanks to the concrete foundation. The twin water tanks will supply the cooling tower which is connected to the NASA super-computer. Since the project was federally funded, Portland Bolt provided only American materials with mill test reports providing full traceability of the steel.