Our 2020 NFL Survivor Pool is complete 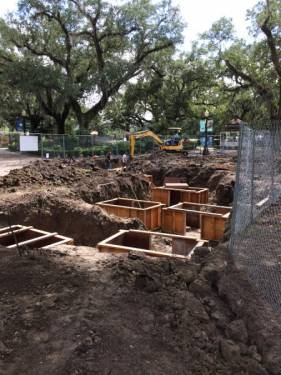 Flood waters damaged the Ladybug roller coaster during Hurricane Katrina in 2005, requiring the ride to be dismantled in 2013. FEMA agreed to fund the replacement roller coaster, allowing New Orleans City Park to reinvent the iconic ride. The new ride was designed to be taller, faster, and longer.

New Orleans City Park officials contacted Portland Bolt in the fall of 2014 to discuss the custom galvanized anchor bolts that were required to fasten the structural steel columns to the concrete foundation. Portland Bolt was able to custom manufacture over (500) headed anchor bolts and square plate washers on an aggressive schedule in order for the ride to open on schedule.